In the center of the Mediterranean Sea, between Lebanon in the East and Gibraltar in the West, lies the Maltese archipelago: the main island Malta, the mysterious Filfla, and Gozo with Comino and the tiny Cominetto. The closest neighbor to this island state is Sicily, 95 km to the North, the African continent begin southwards and westwards in a distance of just 350 km.

And here, on these small and barren islands, with nothing but blue surrounding them, we can find the ancient beginnings of the European history and culture. More than 7000 years ago one of the first ever freestanding buildings in the history of humans were erected. These monumental temple sites until the 19th Century were still believed to have been built by Giants.

The temple builder (ca. 4000 – 2500 BC) arrived on the Maltese islands in the New Stone Age and left more than 30 temple sites all over the archipelago. Besides the huge megalithic structures archaeologists also found statues, figures, and ornaments carved into stone of outmoding beauty. The culture of the temple people was as one of admiration and appreciation of the Great Mother Earth. Their temples embodiments of the cosmic oneness Goddess. Later this track will lead us to Egypt where she was admired by the name of Isis, the mother of Gods. In Malta however we can find the unique manifestation of reverence in the architectural gesture of the temples.

In the landscape of the Mediterranean Malta embodies the solar plexus chakra. Today the yellow color of this Chakra, comparable to the one of honey (which also directly translates to Malta), is still found everywhere on the islands: Not only the temples but also the houses are built with the same bright yellow limestone which is originated in Malta.

The Maltese history has been shaped by the ever-changing people and nations that have set foot on the island and influenced its development: The early settlers and sailors, the Phoenicians, the Romans, followed by the the Osman Empire, Knights and finally the British who counted Malta as one of their many colonies until the 1960s. Nevertheless, Malta was able to keep its dignity and uniqueness. Maltese is the only arabic language that uses the Latin letters, another example of the mixed history of the archipelago.

On my Seminar journey we will further follow those tracks and also visit places of Malta’s more contemporary history.

Next travel to Malta 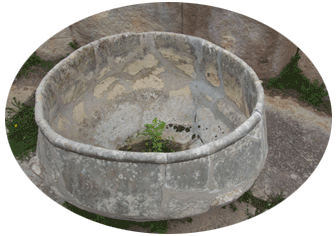 mystery of life and death, initiation and knowledge 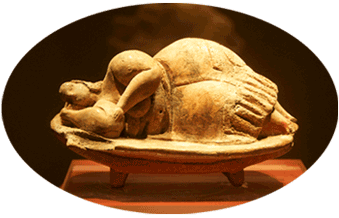