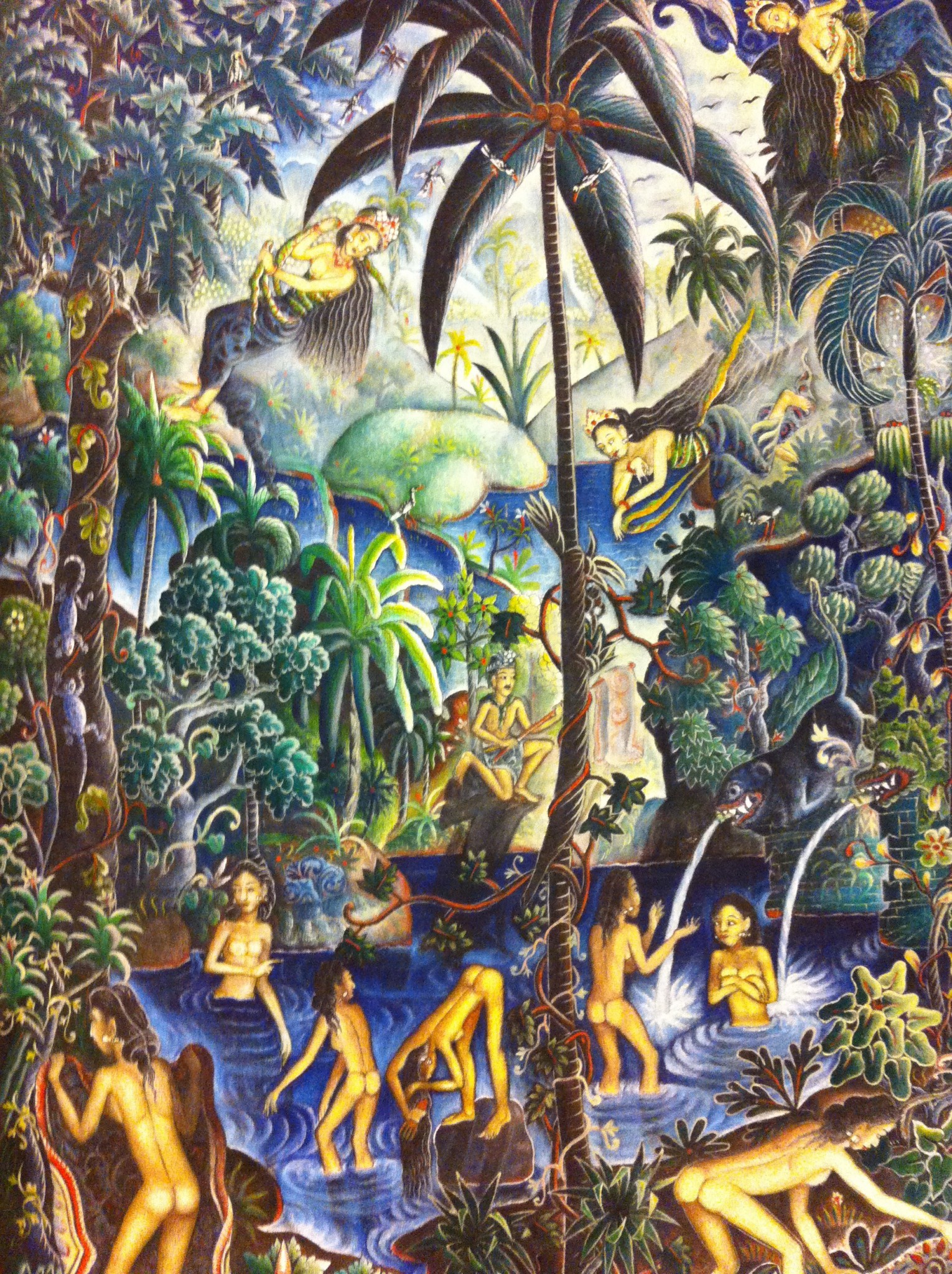 Recently I found this little story about how Balinese imagine the creation of humans:

According to this myth the seven celestial sisters, the Pleiades, descended to earth in wing-like sarongs.

While they bathed a Prince came and stole the sarong of one of the seven sisters. He told her he would only return the sarong when she bore him a child. The Goddess gave in and gave birth. This was the first human being. She said: “You may have this child for his brief life on earth, but after that remember, he returns to me.”

It is said that even today mothers take their crying babies outside and point to the stars, saying: “That is the place we all come from and where we all return and there is no need to weep.”